the boyz from wellfleet 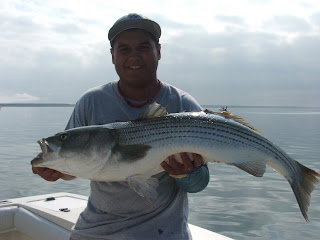 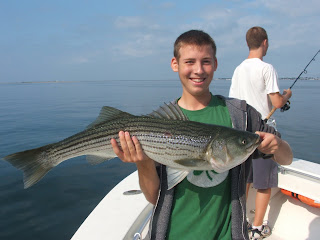 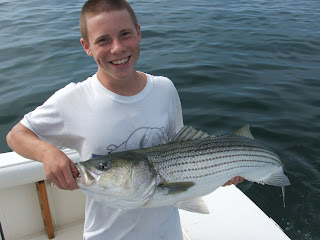 Today I had some great boys out for some bass fishing -- Juan, Eli, and Lavi. The fishing started out a little slow but we managed to get the bass to bite. Lots of 5 to 10 pound fish, and we did boat about a dozen quality fish in the 15 to 25 range. The weather left a lot to be desired with pea soup fog but the fishing made up for that. Glad they came out and had some fun before they head back to school. Great day I will see you next year.
Capt Josh.
Posted by Capt. Josh Zacharias at 4:17 PM No comments: 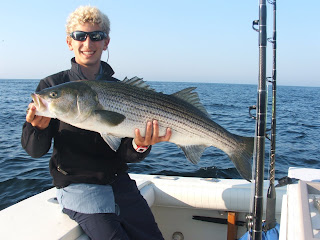 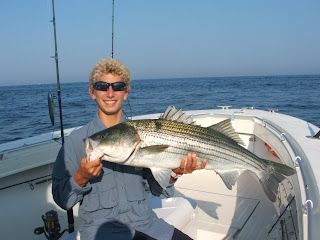 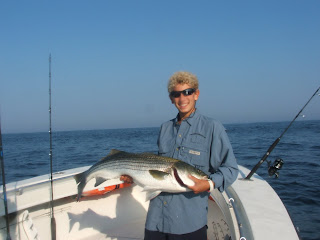 Yesterday I had Blake on the boat for a short day of combo fishing. Sundays are so hard on the water -- the googens are all over the place -- but it was his last day on the Cape and the only day I had open. We started off at all the local haunts, seeing some splashers but nothing to get worked up over. Ran a few miles and set up with vertical jigging outfits, marked some tuna but had no luck. We did manage to pull out some nice bass up to thirty pounds. That put a smile on our faces. Working out east only to find groups of humpbacks and not a lot of feed for them so we pushed on and found the mother lode of pushing fish up on top. It was a mixed bag of tuna, some in the one hundred class range and some much bigger. We left them for the stick boats. Blake had multiple shots with not a lot of joy, but that's tuna fishing. It takes patience. As the fish get bigger they are acting more like giants every day, and with the amount of live bait kite fisherman out there It can be hard to get bites. The fish are getting an early education.
Capt. Josh
Posted by Capt. Josh Zacharias at 5:41 AM No comments: 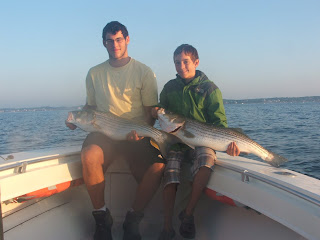 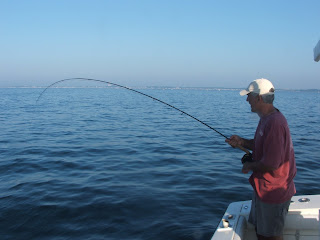 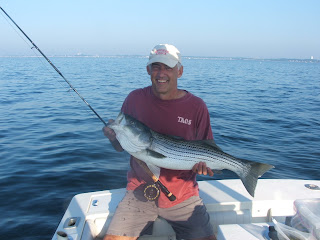 The light tackle fishing has been getting better and better every day this week. My guys today -- Andy, and his sons Sam and Theo -- had a top shelf day with fish coming on every cast on top water baits and vertical jigs. I think it was the best day of the week so far, we boated at least thirty bass from 15 to 25 pounds.  Andy decided to pick up the fly rod and caught fish on every cast; the fly-caught fish were some of the best of the day till the pressure pushed the fish out and to deeper water. Then we moved to the parking lot to catch a few small bass and some monster blues. All in all a great day with the boys. They are great anglers and I am looking forward to having them again.
Capt. Josh
Posted by Capt. Josh Zacharias at 2:57 PM No comments:

hundreds of cow bass on top

Today was an epic day. I have not seen as many cow bass in a long time, there were hundreds upon hundreds of cows lazying around on the surface and we had a great time catching them on light tackle and the fly. Dick was amazed at the sheer amount of fish we encountered, quite mind-boggling. We spent the better part of four hours catching them, and as the sun came out of the clouds the fish sunk out and you would never know there were any fish in this area. The next spot we tried held monster blues that were tackle busters to say the least. I am always impressed by how hard they will fight to be free again. All in all a great light tackle day on Cape Cod Bay. I think that Dick will be back with his son next week and I will work hard to put them on the quality fish of this morning.
Capt. Josh
Posted by Capt. Josh Zacharias at 1:45 PM No comments: 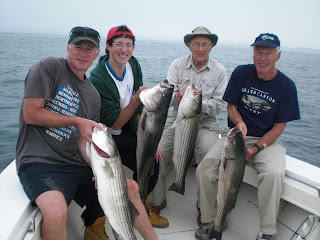 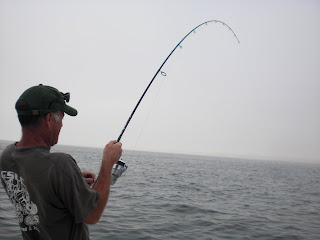 Today I had the pleasure of taking Sam Gotoff and his family out for a half day of light tackle fishing. Right out of the gate we had some really nice fish, some on top and more down on the vertical jigging set ups. Sam's son in law was the high hook of the day, with his son James a close second. The fishing was steady all morning and the conditions were just right, the guys were tight on every drift and you could not have asked for a better morning. Looking forward to doing it again, hope you guys have a great summer on Cape Cod.
Capt. Josh
Posted by Capt. Josh Zacharias at 7:30 AM No comments:

On Friday, I had the pleasure of fly-fishing with Frank Vari. He is from my dad's neck of the woods: the Tampa area. We started off teasing blues and bass to the fly -- after a while of this I decided to check out a couple of places that had produced big fish the night prior, but they had moved on. We headed to the parking lot to see if we could bail a few on the vertical jig; this proved not that easy as the fish are so keyed in on live eels. So we went back to the original spot and spent the next four hours catching keeper bass on the fly, bent rods on every drift. The super hair sandeel was the ticket as the tide was reaching its max flood. Just a great day on the water with Frank, looking forward to getting him out again and sharing some more memories. I think next year he will be staying on the Outer Cape as his family loves our beaches. Hope I made your vacation here a good one.
Capt. Josh
Posted by Capt. Josh Zacharias at 5:47 PM No comments:

On Wednesday, I had a great father and son trip; Andy and Chase were up to the sporty conditions. We were attempting to do a combo bass and tuna but the wind had other ideas. Pushed up to the bank we did find some life and started marking stuff, plenty of bait and tuna at 50 feet. We worked it pretty hard as other reports from out east were null. Managed to pull some quality bass out but no tuna joy. Moved back inshore to find blues and bass in the melee of boats, this was only a 6.5 hour trip so we worked things pretty quickly to fit it all in. At the end of the day we pulled some of my lobster pots and they went home with a nice dinner of bass and lobster. Hope to get them back in a couple of weeks and we can get some better shots at bluefin..
Josh.
Posted by Capt. Josh Zacharias at 5:26 PM No comments: 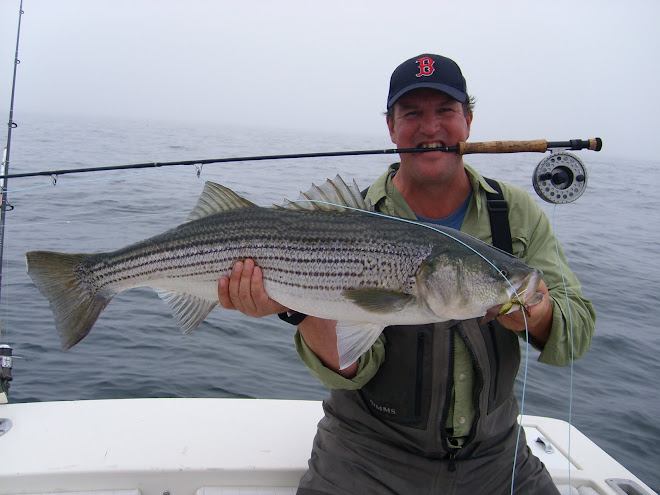 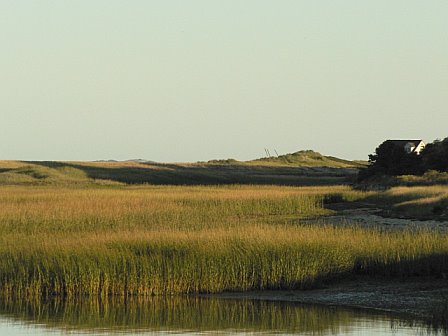